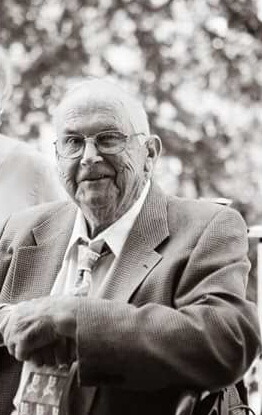 William (Bill) Arthur Ward age 83 was peacefully received by our Lord and Savior Jesus Christ on December 31, 2021.  He is survived by his loving and incredible wife of 41 years Darlene Ward (nee Lytle), his son Craig Johnson, daughter Wendy Warwick (John) and grandchildren James, Jaclyn, Meagan, and Nicole, and son Scott Ward (Sharon) and grandchildren Tracy, Deonna, Carey, Anthony and great grandchildren Gracelyn, Brooklyn, Amelia, and Olivia.  He is predeceased by his brothers Ross, Jim and Barry Ward and sister Louise McGoon.  Bill was the youngest of the Ward boys.

Bill was born in Custer County, Nebraska. His parents were Arthur Ross Ward and Edith Alfreida (nee Lindell) Ward. Bill was born on  July 9, 1938.  After divorce in 1942, Bill’s father married Margaret Zerline Ward (nee Miles), a fine and gentile woman known thereafter as “Mom Ward.” Mom Ward raised the Ward boys as her own. After the war, Bill’s father moved the family to Inyokern, California where his father owned and operated a garage.   When Bill was 9 his family moved to Death Valley where his father was employed by the National Park Services as a grader operator. They lived in Wildrose Canyon near the Furnace Creek Ranch Resort.  Bill and his brothers attended a one room school in Shoshone California that was a 60-mile one way bus ride. The Ward boys worked at the Furnace Creek Ranch Resort as busboys, dishwashers and as golf caddies. It was a tough but an idyllic life for the Ward boys where they had many adventures exploring the desert, old mines and learning to survive in the wilderness.  Bill’s father taught his sons to be honest, to work hard and to be accountable for their actions. Often these lessons were taught with old school discipline.

When Bill was 12, his father moved the family to Tonopah Nevada where his dad worked as a grader operator for Esmerelda County Nevada. At the age of 16 Bill’s father died of a heart attack while working on the road crew.  Bill expressed many times how much he appreciated the Esmerelda County attorney’s kindness in helping Mom Ward with his father’s affairs. His appreciation of the attorney guided his career choice later in life.

Mom Ward and Bill moved to Reseda California where Bill finished high school.  Working as a detail man at a local car lot and at Anheuser-Busch, Bill put himself through college earning a law degree at UCLA.  After graduation, Bill passed the California State Bar, married, and in 1964 moved his young family to Gridley California to work for the law firm Schow and Jones.  Soon after Bill opened his own practice.  As a young lawyer Bill quickly built a reputation as being a tenacious advocate and a fair and honest man. Bill represented a lot of clients who were poor and at times could not pay his fee. Regardless of their ability to pay, Bill provided them excellent representation.  In Gridley Bill met lifelong friends and hunting and fishing partners Barney Cobeen and Ed Kilby. Hunting and fishing were a passion for Bill and some of his best memories were fishing and hunting with his son Scott and Scott’s friend Mike Loucks.

Bill’s reputation as a fine lawyer soon got the attention of a Chico law firm Watt and Leverenz.  Bill was offered a partnership and moved his family to Chico. When partner Reginald Watt became a judge, Bill left the firm and again opened his own law practice.  Local Chico attorneys Maynard Craig and Gil Jones were good friends of Bill.  Bill Ward was widely respected in the local legal community for his ethics and uncompromising principles.  If you had Bill Ward as your attorney, you were in good hands.

It was in Chico where Bill met the love of his life and soulmate Darlene Ward (nee Lytle). They married on March 1, 1980. For 41 loving years, Darlene was a dedicated, wonderful wife who loved and supported her husband fearlessly. Bill considered himself to be the luckiest man in the world to have her by his side.   Bill and Darlene shared many adventures, traveling to Europe, Mexico, spur of the moment trips to Reno, visiting relatives throughout the country, camping at their favorite ocean campground at McKerracher Park on the Mendocino coast or just relaxing at home enjoying their always beautiful lawn and garden.

Family was everything to Bill. Thanksgiving was his favorite holiday and he loved having his kids and family around. Bill unconditionally supported his children with love and encouragement and always provided good advice when asked.  Bill also resisted giving un-asked for advice and counsel so that his children could learn from their mistakes without his intervention.  Bill was the best father and grandfather anyone could ask for.

Bill Ward was an honest and ethical man that conducted himself with the courage of his convictions, honor and kindness every day of his life. Bill also had an ever-present funny bone that brought laughter to every gathering.  A good man, loving husband and wonderful father that will be missed deeply.

At Bill’s request, there will be no services.