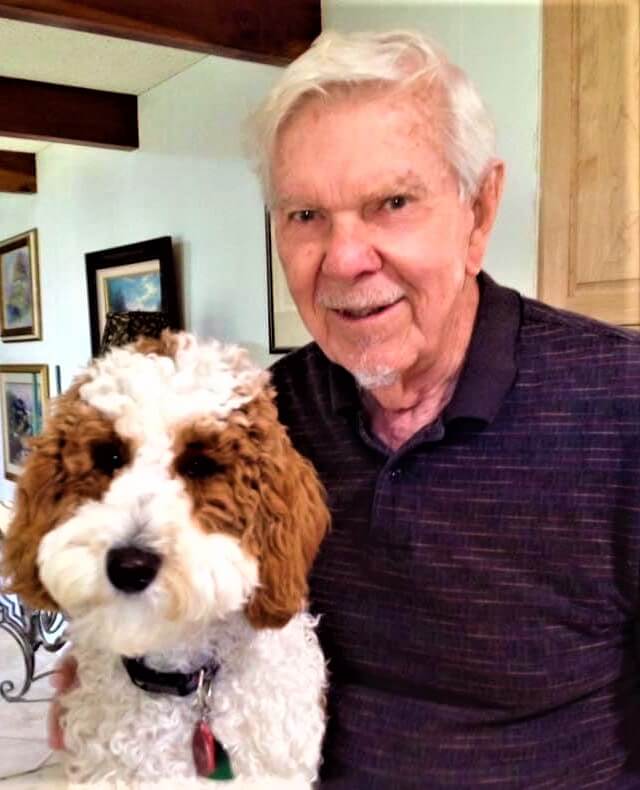 Vernon Bruce Byrd, Jr. passed away peacefully at home in the wee hours of the morning on September 9, 2020 after fighting a long battle with cancer at the age of 88 years. He was born in Greenville, Alabama on September 1, 1932.

Bud was preceded by his parents, Vernon B. Byrd, Sr. and Naomi Byrd, his first wife, Sylvia Bloomfield Byrd and sister, Doris Virginia McClintock. He is survived by his second wife, brenda andersen; four children, Dale Allen Byrd (wife, Lois), Nancy Catherine Mitchell (husband, Michael), Robert Bryce Byrd (wife, Stacey) and Elaine Susan Irwin (husband, Willy); eight grandchildren; five great grandchildren, one great, great grandchild and two sisters, Lessie Pauline Gallette and Teresa Ann Zinchiak. Bud graduated from Lowndes County High School in Greenville, Alabama. In 1951, he enlisted in the U.S. Air Force and served his country for 21 years as a navigator on the KC -135 refueling tanker before retiring as a Major in 1972. He was stationed around the country and over the world in England, Africa, and Thailand, earning him the 9th highest medal in the Air Force for refueling under hazardous conditions in Southeast Asia in 1967.

After retiring, he finished his Bachelor of Science in Biology, then focused on traveling, RVing, gardening, gold dredging, fishing, genealogy, authoring the book, “Passing Gas: The History of Inflight Refueling” (in the Library of Congress) and various volunteer activities. He loved his country, his family, and his beloved dog, Bibi. Bud was loved and respected and will be missed by all who knew him.

Due to Covid -19, memorial services will be private at this time. Personal memories may be shared on Legacy.com. Memorial contributions can be made to the Gary Sinise Foundation.