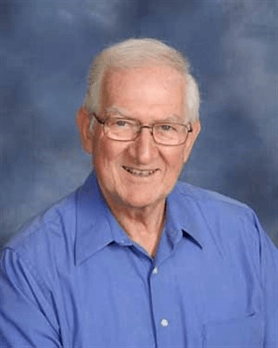 The Rev. Dr. Robert R. Biehler died of a massive heart attack on February 1, 2020 on the way to Enloe Hospital.  He was born in St. Paul, Minnesota on April 8, 1946.  While serving in the California-Nevada Conference of the United Methodist Church he served at Guinda and Arbuckle, Orland Federated, Pinole, Arcata, Stockton Holy Cross, and Paradise before he retired in 2012 to care for his wife.  He later served at Oroville and most recently was helping to restart the Paradise Church after the Camp Fire.  In addition, he also helped the Craig Memorial Church in Paradise through a tough time.

He was married to Nadeen J. Biehler in Pinole on August 27, 1983.  He was a dedicated husband who traveled each day to Chico to feed Nadeen breakfast and dinner every day after she came down with dementia.  He also cared for his sisters, Joan DeLa Cruz (who recently passed) and Barbara Widmer.  He is survived by two nieces, Julie Bartholomew of Roseville, CA and Michelle Bartholomew of Redmond, OR.  He has a grandniece and a grandnephew, Alexis and Caleb Bartholomew.

Bob was an avid gardener and loved flowers.  His yard, both front and back were the pride of the neighborhood.  He was always planting something and even replanted all the bushes and flowers that were destroyed by the Camp Fire.  He served on an ethics board at Feather River Hospital and was an officer of the Paradise Symphony Orchestra.

Letters of condolence may be sent to Pastor Dave Rieck, P.O. Box 1336, Willows, CA 95988.  In lieu of flowers, gifts may be made through Pastor Dave to the Paradise Symphony Orchestra or the Paradise United Methodist Church Pastor’s Discretionary Fund.  Both of these were near and dear to Bob’s heart.