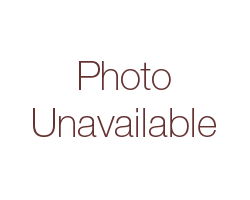 Pat passed away peacefully, with his wife and son at his side, on September 12, 2022, at the age of 73.  Pat was born in Chico, CA to James (Jim) Altenburg and Catherine (Kay) Altenburg.  Pat attended Notre Dame grammar school and graduated from the first graduating class at Pleasant Valley High in 1967.  On graduation, Pat enlisted in the Army and spent two and a half tours of duty in Vietnam.  He was a mechanic and wrecker driver and logged more than 100,000 miles, driving the back roads in Vietnam.  He was distinguished with a perfect driving record of which he was proud.  Pat finished his military service in San Diego and was honorably discharged.  After his service, Pat moved back to his hometown, Chico, CA.

Pat attended Butte Community College and took classes at Chico State.  In 1970, Pat met the love of his life, Kathleen Altenburg, who was attending Chico State University.  They were married in 1973 and were happily married for the next 49 years.  Pat and Kathleen had two sons, Matthew W. Altenburg who resides with his wife Amanda Long, and daughter Reagan Grace Altenburg in Weatherford, Texas, and Nicholas W. Altenburg, who resides in Santa Rosa, CA.

Pat worked as a welder, electrician, and sheet metal fabricator/sign builder for two companies in Chico.  He became a certified building inspector and moved to Sonoma County with his family in 1990, living in Cloverdale, CA.  Pat worked with numerous banks in Sonoma and Marin Counties as an independent contractor.  He inspected and reported on new construction projects as part of the Bank’s audit process, confirming the percentage of completion on residential and commercial building loan contracts.  Although Pat was happy living in Sonoma County, he missed his hometown.  In 2004 he and his family moved back to Chico where he bought 10 acres in Cohasset and built a beautiful home there.  In 2015 Pat and Kathleen bought a home in Chico to be closer to medical services.

Pat loved all things baseball.  He loved the Giants and booed and hissed the Dodgers.  All other teams he watched on TV when the Giants weren’t playing. Pat played fastball, softball, and beer ball and played in leagues in Sonoma County and Butte County.  Pat also loved to play pool and played in various pool leagues and on his pool table in the garage.  Pat played golf and especially liked to play golf with his sons, Matt and Nick.  He taught his sons how to hunt and fish.  Pheasant season, duck season, dove season, deer season, there was never a time of year he did not enjoy and indulge his love of sports, hunting, and fishing.

Pat was predeceased by his father James (Jim) Altenburg, his mother Kay Altenburg-Patton, and daughter-in-law Mary Susan Altenburg.  He leaves behind his loving wife Kathleen Altenburg, son Matthew Altenburg and wife Amanda Long, son Nicholas Altenburg and the joy of his life his granddaughter Reagan Grace Altenburg, his sister Toni D’Amato, brother-in-law Bill D’Amato and nephews Christopher D’Amato and Bryan Garaventa as well as their families and friends.