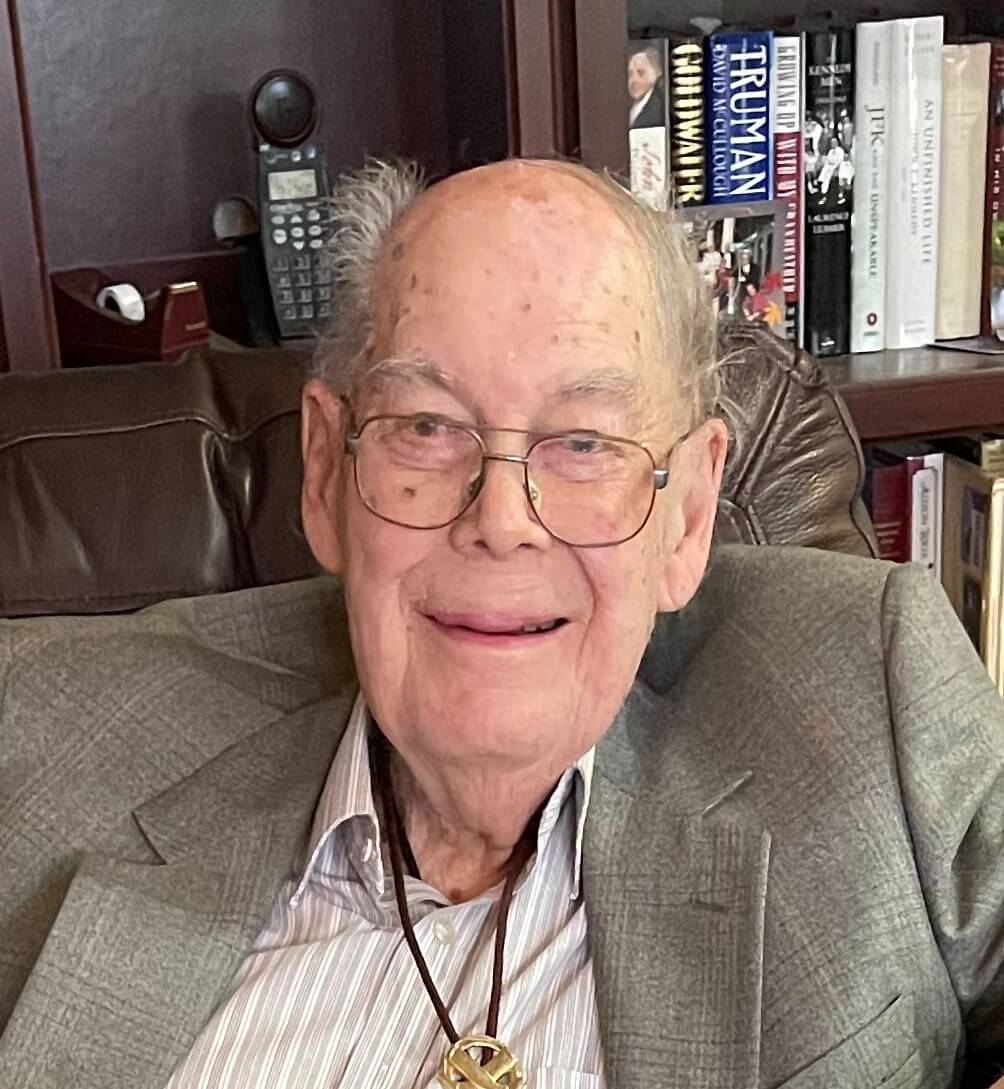 Nelvin’s mom Alice was victim of a major car accident that landed her cut up in the hospital where they discovered she was pregnant with him. He was born premature 3/3/1927 in Finley, North Dakota, with a condition probably leading to his death. The local druggist heard about his problem and suggested a newly approved remedy that saved him. Nelvin was raised alone by his grandma Anne B. (Flatbraaten) Hanson as Alice recovered in Finley. They later agreed he would remain with his grandma. Nelvin was supported and adored by aunts and uncles. Alice married Hans Haugtved in 1940 which gave Nelvin stepbrothers whom he enjoyed.

Growing up during the Depression he picked potatoes, did odd jobs especially mowing, then in high school was happily employed setting type and printing Steele County’s newspaper. In his senior year he enlisted in the Navy to serve in the Pacific during WWII on an LST after graduation. His last mission involved returning Japanese prisoner’s home.

On leave, visiting his aunt Florence in Durham, California, he met Dorothy Titus in the town’s adobe church. They eloped in 1947 while she was in high school from which she soon graduated as valedictorian. They moved when he got a job through the GI Bill at Paradise Post operating the Linotype, doing layout, and presswork. He became foreman. Dorothy (d. 2016) gave birth to Larry (Jennifer), Diana (Lou Sisk), Fred, and Sue (Igor Zarubin). The family moved from Paradise to Chico in 1955. A couple years later he quit the Post and worked for Willows Daily Journal, working nights in his self-constructed backyard shed using his handfed letterpress. After all their kids were in school Dorothy enrolled at Chico State College and earned her teacher’s credential in Spanish and English with honors and her masters years later while teaching at Bidwell J.H.

Nelvin was awarded a contract to print the Chico State Wildcat newspaper and founded Jackson’s Printing downtown Chico in 1959. He and Dorothy loved going out Fridays dancing. He took the family on some car trips to North Dakota and Mexico. He belonged to a printing club and the Sons of Norway. After retirement they built and lived in three Chico houses Dorothy designed. In their final home they raised and loved pet chickens, sheep, and a goat on their acre lot. He and Dorothy enjoyed coffee, reading the paper, and doing crossword puzzles to start each day. He liked doing chores inside the house and yardwork. Nelvin lived to be 95 still making the morning coffee, emptying the dishwasher, and doing laundry before he died of renal failure June 18, 2022, on Dorothy’s birthday.