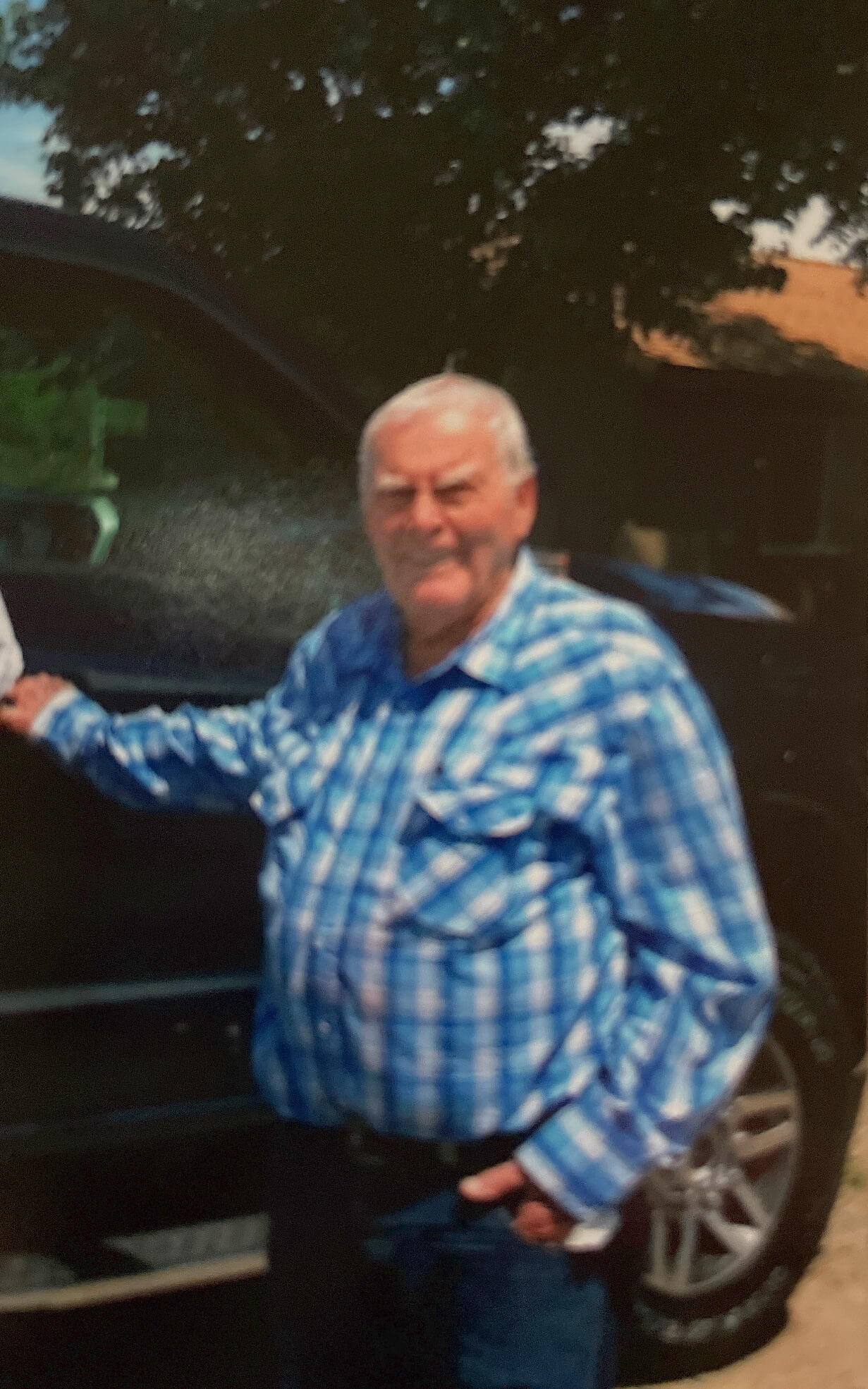 Lawrence was born on February 21, 1936 to Alfred and Rachel (Gimple) Simpkins. He spent his childhood on the Coombsville area ranch that is still in his family today.  He graduated from Napa High School in 1954, and enlisted in the US Army.  He earned his rank in the 82nd Airborne Division.  He returned to Napa in 1956, after being honorably discharged, and served six years in the US Army Reserves.

He and his dad started a dairy called Hillbrook Dairy on a 700-acre ranch in the Coombsville area.  They milked 100 purebred Holstein cows and raised replacement heifers. In 1968, he attended the Curtiss Breeding Service School and became a certified breeder in the artificial insemination of cattle.

In 1972, Lawrence moved to the Capay area of Orland, CA.  He worked as a cowboy on the 5600-acre Windswept Ranch for the Oscar Burroughs family.  He took his children to work with him—especially during calving season—and would share a picnic dinner on the tailgate of the truck and show them the stars and tell them the names of the constellations.

It was during this time that he met his wife, Donna Rae (Summers), and together, they raised seven children.  He and Donna started a dairy of their own and milked 70-80 cows.  They won awards for lowest somatic cell count many times and improved their barn from a Grade-B to a Grade-A, with a lot of hard work and sacrifice.  They retired from the dairy business in 1991, and raised red Angus cattle for the remainder of his life.

Lawrence loved horses!  He had the pleasure of riding a lot of good horses and some really bad ones.  He rode until he was 80. His advice for staying on any horse was, “Keep him between your legs and you can’t get hurt.”

He loved to tell stories of when he was young, back in the days when a boy could ride his horse all the way from Coombsville to Vallejo and no one worried that he wouldn’t be safe.

Lawrence was predeceased by his parents, Rachel and Alfred; a brother, Daniel; and a sister, Joan.  He is survived by his brother, Clifford.  His wife, Donna, continues to live at the ranch they shared together on 4th Avenue.  He is survived by his children: Micheal Simpkins of Orland, Tori Ann Castillo of Orland, Kori Ann McBrayer (Joe) of Corning, Charles Davis (Sandra) of Texas, Paul Davis (Laura) of Texas, Brandi Ann Lower (Wendall) of Orland, and Dan Davis of Red Bluff.  He is also survived by 11 grandchildren: Angel Shaffer, Abigail Castillo, Jonathan Cavier, Elisa Pendergraft, Rachel Skelton, Jess Castillo, Hubert Lower, Taylor Ellis, Tony Davis, Ray Davis, and Tyler Davis. There are 14 great-grandchildren and four great-great-grandchildren.

He was a devoted husband, father, and grandfather.  He loved spending time with his family. He loved to offer advice to his family and friends. He will be missed every day, but Heaven needs cowboys and grandpas too.

Services will be held at the Veteran’s Court at Glen Oaks Memorial Park in Chico on Wednesday, November 24, 2021 at 11:00 am.

To view obituary online and leave condolences for the family please go to www.NewtonBracewell.com.