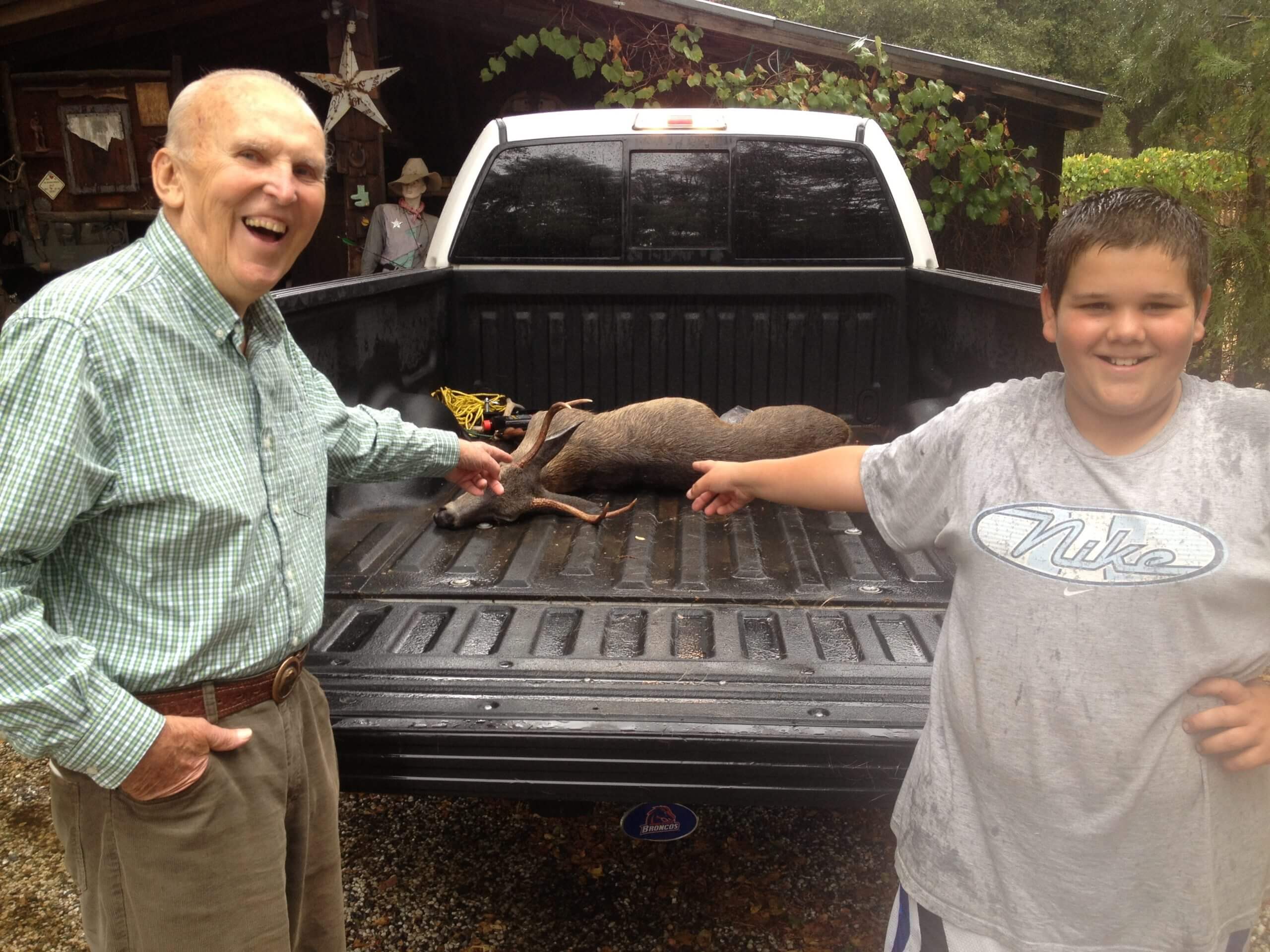 John Henry Westlund passed away peacefully at his home in Butte Creek Canyon on May 9th 2020.

John was Born October 28, 1931 in Petaluma Ca to Edwin and Lillie Westlund. The Westlund/Johnson clan had seven families living in the Novato area which helped to inspire a lifetime of extended family fun and closeness that lasted throughout his life. He had a zest for life that was unmatched with his unique and positive style, along with tremendous storytelling abilities. He will be dearly missed by all of us.

After his service in the Navy, he traveled to Scotland to attend the University of Edinburgh. While there, he met Rachel Findlay and fell head over heels in love. They were married less than a month later in Scotland.

John and Rachel returned to the United States and lived in Novato for a time as John attended San Francisco State. They decided to move north to Chico California so that he could attend CSU Chico. One day they took a drive up into Butte Creek Canyon- and a love affair with this beautiful place began. They scrambled to gather enough money to buy their unique property on the forks of little and big Butte Creek where they built an unusual A frame home and gathering spot enjoyed by many for the past 60 years.

John was the adult probation officer for Butte County prior to becoming Placement Officer for CSU Chico. His unique style of welcoming all students and recruiters led to unparalleled success in placing many CSUC graduates in career positions throughout the country.

In retirement, he continued his legendary support for all things historical in Butte Creek Canyon. He supported all organizations including CRHA, The Honey Run Covered Bridge Association, Centerville Cemetery and many other endeavors. He published many documents in “storytelling” form, recounting his early conversations with the old timers in Butte Creek Canyon so many years ago.

After a wonderful 53-year marriage, and following Rachel’s death in 2009, John met Nancy Lough Haywood, a wonderful lady who brightened his spirit and who shared his enthusiasm for all sorts of fun and adventures that they experienced together. Following the Campfire in 2018 which destroyed his home, Nancy graciously invited John to live at her home while construction was getting underway. He enjoyed his final weeks in his tiny home on the banks of his beloved Butte Creek.

He was truly an amazing person. He was a Husband, Father, Grandfather, Brother, Uncle John, and good friend to so many people. He is survived by his Son Iain Westlund and Daughter in Law Yvonne Westlund of Butte Creek Canyon, His Daughter Julia Westlund and Son in law David Wilson of Butte Creek Canyon, His Grand Daughter Kathryn Westlund of Boise Idaho, Step Grand Children Blake Meeder of Chico, Kelly Whitt of Redmond Oregon, Katy Whitt of Yuba City Ca, and Cody Whitt of Williamsburg Virginia, his Sister Lola Harris of Burney Ca, Brother in Law Loren Sutton and Sister in Law Morag Sutton, Niece Mikayla Teeter of Chico and many more Nephews, Nieces, family members and FRIENDS!

A fun and unique celebration for him will be announced and held later this summer.

In lieu of flowers, donations may be made to Centerville Recreation and Historical Association, Centerville Cemetery, or Honey Run Covered Bridge.

Do you think the soul of this canyon can reside inside a man?

If you know John Westlund— you’re sure that it can.

The stories of the past are alive inside his bones

Like the gold to be found— in warm yellow stones.

If he can’t figure it out

He built his own house from rock and timber,

Was living there, long— before I remember.

With that twinkle in his eye, you want to be his friend,

To learn from his books– and play cards in the butt and ben.

So listen up— as he tells a story,

His life’s been rich with both love and loss

For a life well lived— can come with costs.

And there are costs— we, too, are learning to share,

The sadness we feel— takes grit to bear.

As for the devils of the fire that burned down the house,

Take a tip from ol’ John Henry and say,

Our neighbors now sit to our left and our right

We take heart in their presence, such a wonderful sight.

Let’s take this time with ol’ John Henry to cheer!

And so, take heart my friends

And learn from ol’ John,

For in this canyon we are blessed

And it’s here we belong.

That the canyon has a soul

It had brought us together

And will live on in us, too.

The cliffs, the birds, the fox and the bear

We thank them for giving us