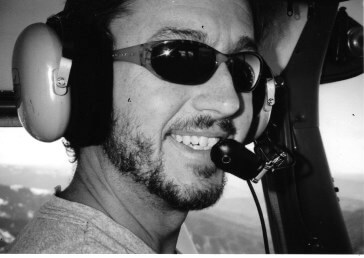 Jeffrey Sean Moore, born on November 13, 1965 in Oakland, California, died from colon cancer on December 7, 2020 in Chico, California surrounded by his family.  He was 55.

Jeff grew up in Walnut Creek, California.  Growing up, he loved competitive swimming, camping, honing survival skills with his buddies, fishing and anything outdoors.  He had an enthusiasm for learning anything new.  At age 16, he began working towards obtaining his pilot license.  He eventually became a licensed pilot and owned his own plane.  At age 17, he served his country in the National Guard as an infantryman.

He was an avid collector of firearms and took many classes at Front Site in Las Vegas to refine his marksman skills and learn firearm safety.  He was a coin collector and took particular interest in the events of history surrounding each piece of currency. He was a golfer, a baseball enthusiast, football fan and dabbled with playing guitar and mandolin.  He loved music of all kinds from the Grateful Dead and bluegrass to hard rock, reggae and gospel.  He had a connection with animals, especially dogs.  He was involved in Rotary for a time and was a member of Chico Community Church.  He always loved to plan trips and travel even while undergoing chemotherapy treatments. He planned many day trips, excursions around the U.S., and most recently outside the U.S. to Ireland, Scotland, and Australia.

He studied at UC Davis and then at Butte College where he received his paramedic degree in 1988. Jeff worked for Chico Paramedic Rescue (which became First Responder during his employment) and was a flight paramedic for Enloe Flightcare.

On October 21, 1989, he married Deborah Moore in Chico, California.  Jeff and Debi started SideTrax Emergency Medical Services in 2000 and it is still thriving, one of Jeff’s legacy undertakings.  Jeff was known for his endless stream of ideas, whether it was a business or a better way of doing something or dreaming of adventures.  He would share them with anyone who would listen and if he had a captive audience would usually elaborate on his idea and his “audience” would leave the conversation inspired by whatever idea he was pitching. He was also known for his uncanny ability to focus and remain calm during the most chaotic situations, which made him an ideal match for emergency services.  Jeff also worked with the National Auto Sports Association and traveled to various racetracks providing his expertise as an emergency coordinator.

Jeff was diagnosed with stage 4 colon cancer in 2015, just before his 50th birthday.

During the last five years of his life, he fought a courageous battle with his disease.  He took every opportunity to give his support and advice to other cancer patients while undergoing treatment himself.  His positive attitude during this difficult time was apparent to everyone. He was grateful to all of those that prayed for him faithfully and recognized that it was God that gave him the strength to fight the fight.  His gratitude extended to all of his family, friends, and the people that cared for him and gave him the best chance for survival and quality of life. Jeff was a mentor to many people, a friend to all and he will be greatly missed.  He had asked that his gratitude be extended to Enloe Cancer Center, Enloe Hospice, Chico Community Church congregation, his aunts and uncles and cousins that he felt so close to and to all of the close friends who were with him during his life and battle with cancer.

A Celebration of Life is planned for him at Thunderhill Raceway on January 13th, 2021 at 2:00pm.  More information on the service can be accessed at http://jeffmoorecelebration.com.  In lieu of flowers the family has asked that contributions be made to https://www.sharingblessingstoothers.com/, Michaud’s non-profit organization for the children of Haiti.