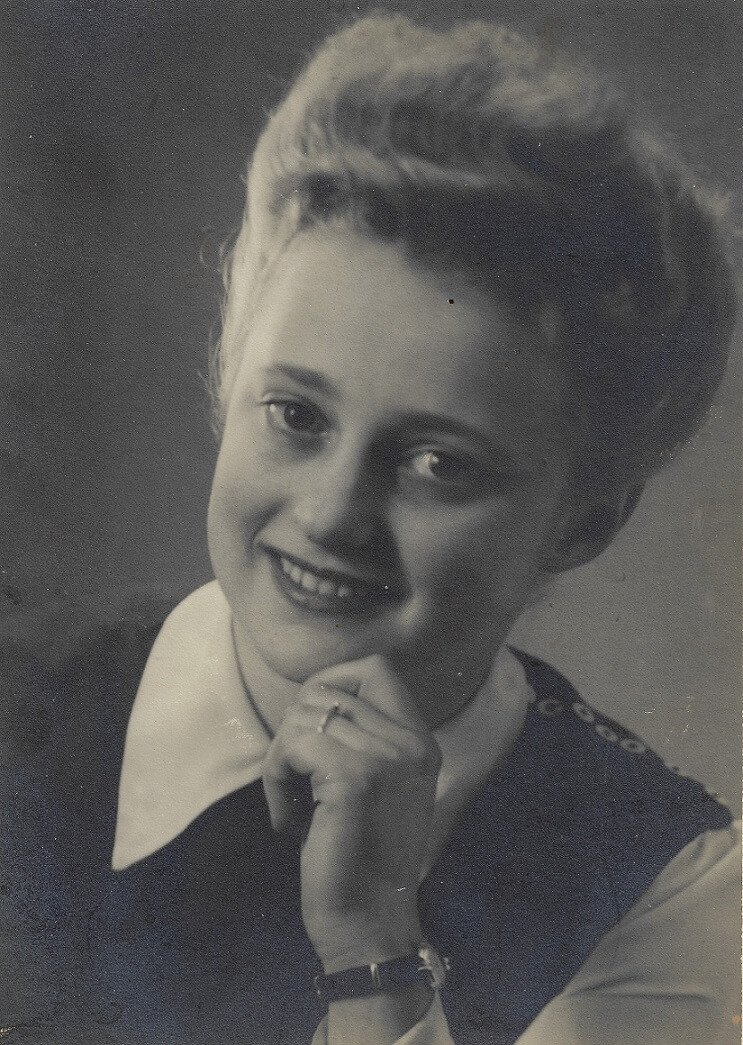 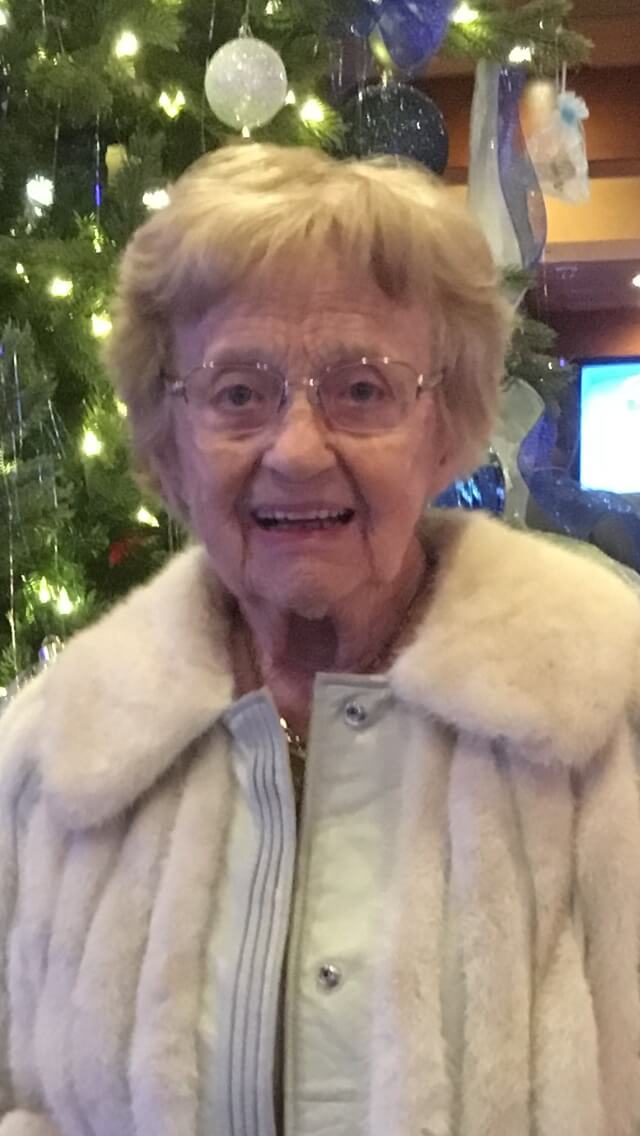 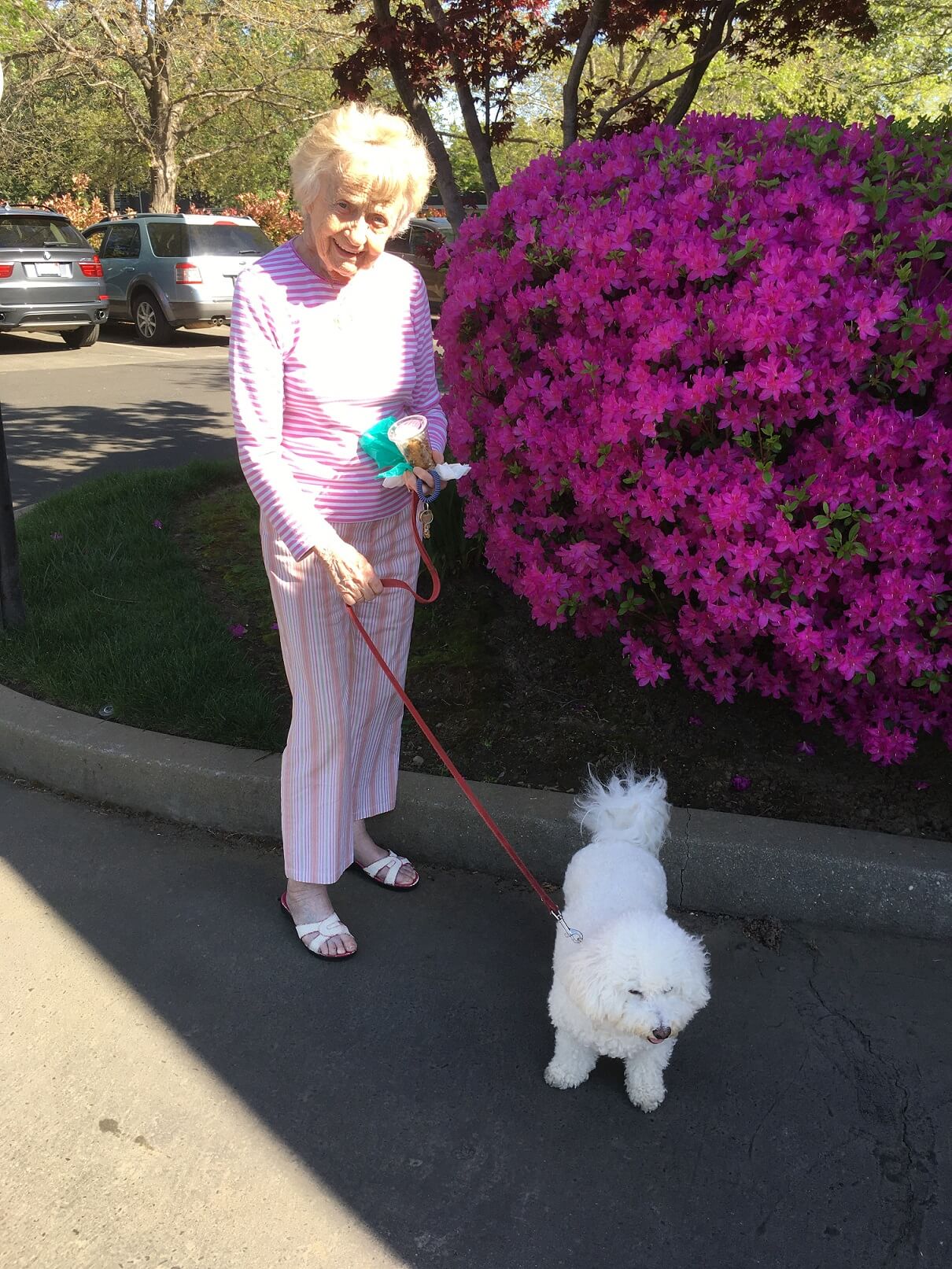 Gisela Eckart was born in 1927 in Nowawes, Germany (near Berlin), the middle child of three daughters. As a girl, she was hired by Babelsberg Studio to be an extra in films, and also enjoyed gymnastics and school athletics. At age 15, she began her work life as a bookkeeper and secretary.

After the end of World War II, Gisela met and married U.S. Army Master Sergeant Lester Eckart and emigrated to western Kansas knowing little English. Together they ran a small retail store and farmed in Stockton, KS, and raised two sons, Steven and Raymond. Sadly, Lester passed away when the boys were young teenagers.  A few years later, she married Dr. DeMerle Eckart and moved her family to Hutchinson, KS.

While married to DeMerle, Gisela designed and enjoyed decorating the homes they lived in. They traveled widely, and she loved to talk about their cruises and trips to Russia, Europe, South America, Japan and all over the United States.

In 2005, Gisela moved to Chico, CA to be close to her sons. She continued to stay active, enjoying household projects, gardening, and shopping.

Gisela died November 16, 2021 after a brief illness at the age of 94. She is survived by one son Steve (Kathy) Eckart; a nephew; and nieces; and her beloved dog Edelweiss. She was preceded in death by her parents; husbands; sisters; and son Raymond.

No services are planned. If desired, memorial gifts are suggested to Chico Housing Action Team, P.O. Box 4868, Chico, CA 95927 or the Alzheimer’s Association.