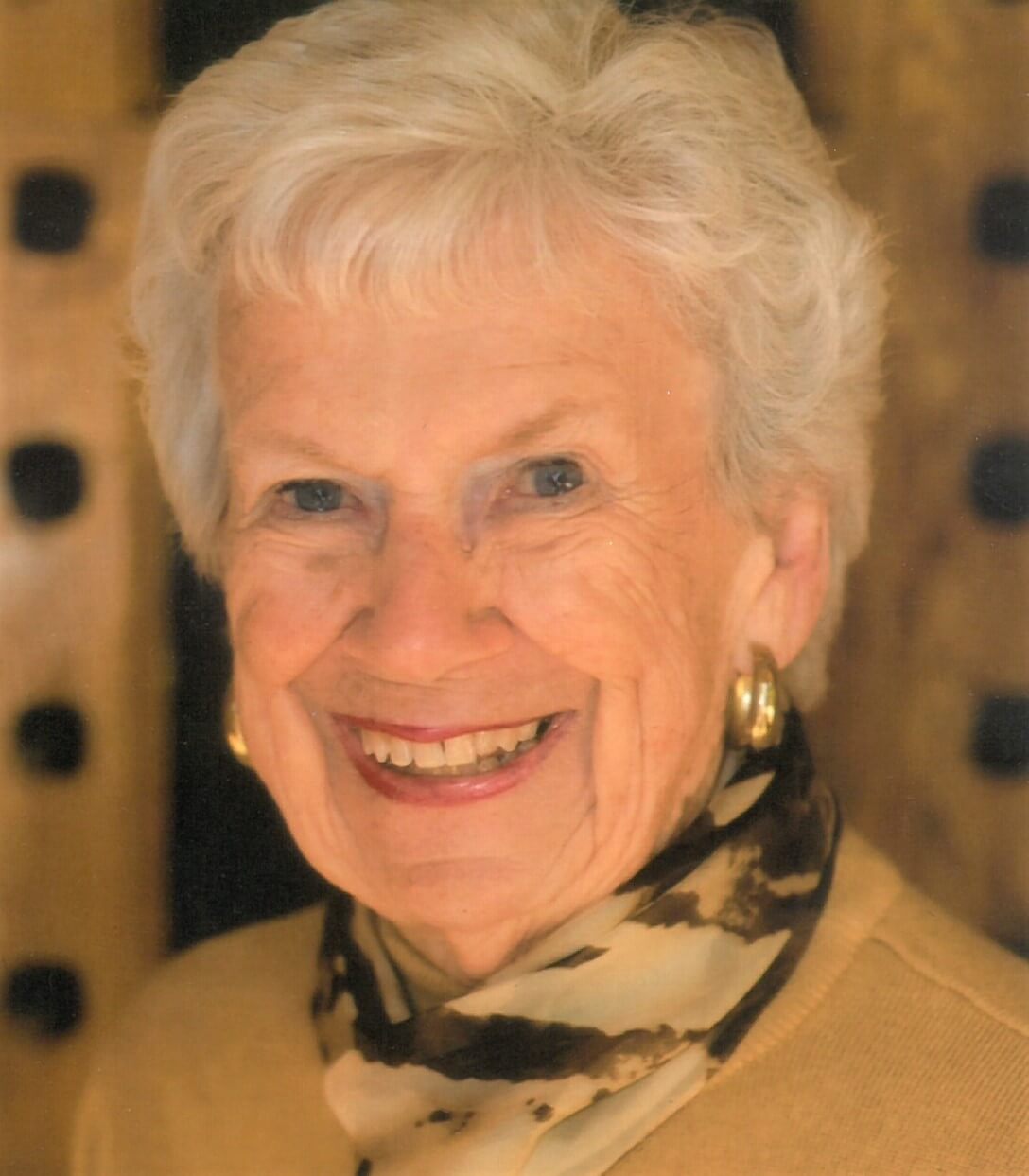 Eunice (Eunie) Toussaint, age 97, has gone to join her husband Howard leaving behind a wide circle of friends. Many of these friends are in the several groups she enjoyed. Of these, the Champagne Group and the Elizabeth Group are still active. The Lunch Bunch and Cancer (Zodiac sign) Group had lost most their members. Her death occurred on May 9, 2022.

Eunice was born to Thomas Lincoln and Ruth Temple Handy on October 6, 1924 in Bay City, Michigan. Thomas was killed in an automobile accident when she was three years old. In 1932 her courageous mother drove Eunice and her sister Virginia cross country where they settled in Prescott, Arizona. In Prescott Ruth met and fell in love with Reverend Harry Branton and they married later that year.

After a 1934 transfer to Winslow Arizona, Reverend Branton was again transferred and in 1938 moved his family to Pasadena, California.  Eunice attended and graduated from Pasadena High School and started studies at Pasadena Junior College.

At Pasadena High School in 1939 she met and began dating Howard Jules Toussaint. With the outbreak of World War II, Eunie’s two year Pasadena JC course was condensed to a single year and she graduated in May, 1941. While a student at UC Davis Howard joined the Army Air Corps. 2nd Lieutenant Howard Toussaint and Eunice Handy married on April 18, 1944. They moved to Carlsbad, New Mexico where Howard was stationed.

After his discharge, Howie and Eunie moved to Davis, California and then to Berkeley, California. Howie continued his studies at the University of California in both cities. Shortly after he graduated from UC Berkeley, they moved to Oroville and then bought a home in Chico.

In the fall of 1950 Eunice joined the Chico Junior Art Club. The Junior Art Club was a service organization that focused on mostly youth oriented projects. The best known of these projects was Caper Acres which was started in 1957. She served as President of the local organization and from 1955 to 1956 served as Northern District President.

In 1955 she started employment at Chico State College, now California State University, Chico. During her tenure there she was honored to be the first woman chair of the CSUC Staff Council  (1972-73) as well as the first CSUC Employee of the Year (1975). Eunice retired in June of 1978 with the title of Academic Advisor.  Upon her retirement she was conferred an honorary degree of Bachelor of Humanity. In 2011 in recognition of her contributions to the university, she was inducted into the inaugural class of the Cal State University Chico Hall of Honor.  She believed that her time at CSUC added another dimension to her life and to her as a person.

Eunice’s legacy will live on in a son Terry (Gloria), a daughter Susan (Jeff Demetras), a grandson Nicholas Demetras (Morgan), and great grandsons Leo (6) and Auggie (2). She is also survived by her brother, William (Loretta) Branton, of Grand Junction, Colorado and numerous nieces and nephews.

She enjoyed gardening, music, writing poetry and prose, travel, and spending time with friends. She also took pleasure in visits with Howie to the cabin at Lake Almanor. She and Howie traveled to Rome, the Philippines, and Sri Lanka to visit Howie’s brother.  She and daughter Susan had memorable trips and holiday escapade traditions. She especially loved times with her family. She was delighted to become a grandmother and then a great grandmother. Visiting her grand and great grandsons gave her special pleasure. She also loved visiting her grand dogs and a puppy was not allowed to leave the house until its picture was taken with grandma.

She held her friends dear and loved visits or meals out with them. Eunice had simple but refined tastes as was reflected in her homes beautiful landscape.

A Celebration of life will be held at a later date to be determined.

In lieu of flowers, donations can be made to:

Or a charity of your choice