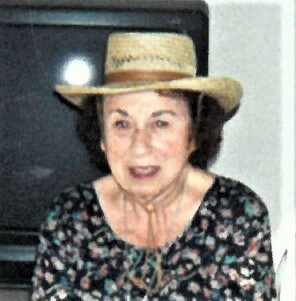 In 1975, Paul Anka wrote the song “My Way” for Frank Sinatra, but I am quite sure that he also had in mind a person born just one month before Sinatra, Doris Burke, known to her family as “Aunt Doree.”

Doris (alias Doree) passed from this life on Sunday March 21, 2021, and one can be assured that she most certainly lived her 105 years doing it “her way.”

Born November 15, 1915 in Chico, CA, Doree and her mother Sarah moved back to the Bronx, New York soon after Doree was born. One year later, on November 22, 1916, Doree’s sister Matilda was born. Some years later, Doree, Matilda and Sarah moved back to Chico in what would have been Doree’s senior year of high school. Doree never got to finish high school, having to quit school and go to work to help support her now-single mother and her younger sister.

Decades before the independent single woman became in vogue, Doris Burke became the breadwinner for her family, working her way up in the 98% male business world, becoming an accountant, buying a home completely on her own, in San Francisco. In the early 1950’s, Doris learned to drive a car, bought herself a brand new 1953 Chevy (the first Chevy automatic), and drove to her new job at Kokus Bros. in San Mateo County, where she became a company manger in charge of an entire department.

In the 1970’s, until her retirement in the 1990’s, Doris worked for the main branch of Wells Fargo Bank in San Francisco, where she ran the payroll department. When she left Wells Fargo, they had to hire four people to do her job, and they likely struggled to come close to Doris’ expertise and output.

Her next chapter brought Doris back to Chico, where she lived in the Sunrise Terrace Apartments until her death, living independently until the age of 105.

Now, one may ask, what was the secret to her longevity? Well it’s a simple formula:
1. Never marry or have children.
2. Eat only two meals a day, one of which is at a restaurant or fast food establishment, and for dinner have a TV dinner (preferable the cheapest, i.e. Banquet).
3. Shop daily, either at the mall or on TV via QVC.