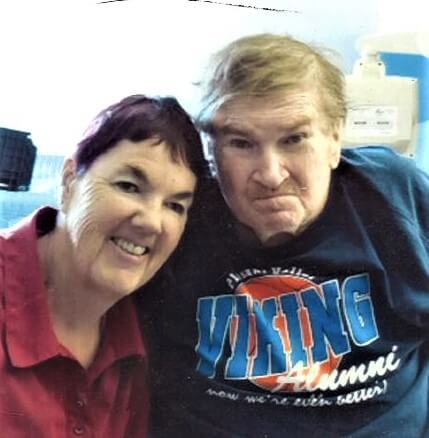 Dennis’ early years were spent in Orland on the large Kaiser Ranch with his father Hugh, mother Nada and brothers Charles and Kenny. Also there were his aunt Ruby and uncle Lloyd. Most of Dennis’ time was spent playing and working on the ranch. At the age of 13 his mother was transferred to Enloe Hospital as a surgical nurse and the family relocated to Chico to be closer to her work.

Dennis’ first school in the Chico Unified School District was Chico Jr. High where he spent three years and met many of the coaches he would later work with for many years. Next at Chico High School, he enjoyed school, but found his love of sports. He became manager of the Football, Basketball and Baseball teams, and he was excellent. He earned his Block “C” letter his Senior year. He was also recognized by his class as Outstanding Manager of the class and earned a wonderful award (1967).

With his graduation from high school, Dennis moved on to Butte College as Football manager. While there, he met and fell in love with his future wife Molly. They were eventually married on 7-11-1986 in a beautiful ceremony in Chico. As you can see, Dennis had two really wonderful things in his life, his love of Molly and Sports. The Bagleys were rarely seen apart after their wedding.
Soon Dennis wanted more work and joined the sports department at the Chico Area Recreation and Park District (CARD). Together the Bagleys began to help out at Chico Jr. with Football and Basketball. Soon their talents spread to the high schools, being involved in many sports. They did everything from working the chains and supervision at Football, to scorekeeping and timing, collecting basketballs, sweeping floors and collecting money at the gate and concessions in basketball. They were so important to the success of many events at the junior highs and high schools. There was rarely a sporting event in Chico where the Bagleys were absent. When Dennis took time away from work, he enjoyed watching his favorite professional sports teams, the San Francisco Giants and the Green Bay Packers.

While “Bags” worked an amazing amount of hours, he also played a lot and his game was Basketball. Even the best shooters in Chico rarely challenged Dennis to a shooting contest. His talent played out in 1985 at the State Championship game for Special Olympics in Los Angeles. In a hard fought game, which came down to the last few seconds, Dennis’ team was down two points. He attempted a 3-point field goal as time ran out and the buzzer sounded—- he missed! However, there was also a whistle sounding. Dennis had been fouled. With the crowd roaring and no time left, Dennis calmly went to the free throw line and sank three straight free throws with win the state tournament by a single point. What en ending!!!
While that was the second favorite event of Dennis’ life, we all know his favorite event: marrying the love of his life Molly.

God saw you getting tired,
And a cure was not to be,
So He put his arms around you,
And Whispered “Come to Me”
With a tearful eye we
Watched you suffer,
And saw you fall away.
Although we couldn’t bear to lose you,
We could not ask you to stay.
A golden heart stopped beating,
Hardworking hands laid to rest.
God broke our hearts to prove to us,
That He only takes the best.