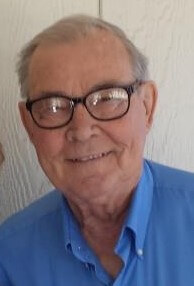 Clifton (“Cliff”) Oakes, 91, of Chico died peacefully at home on Tuesday, July 21, 2020. He was born in Cauthron, Arkansas to Clifton Roy and Esther Oakes. He was the sixth of six children.

In his free time, Cliff thrived on sports. He was a self-described “sports nut.” He loved watching football, baseball, basketball, and golf on TV. His favorite teams were the Sac State Hornets (football), the 49ers, the SF Giants, and the Sacramento Kings basketball team. He was an avid golfer and fisherman.

Cliff grew up on a family farm in rural Arkansas. When he was 18, he followed his sister and brother-in-law to California. Soon thereafter he met Velma, the love of his life. They married, and in the next few years had two children, Karen and Phillip.

Cliff received his Bachelor of Arts degree in Education at what was then called Sacramento State College. He taught elementary school for three years, and then received his administrator’s credential and his master’s degree from Sacramento State. He became an elementary school principal at the age of 29. Cliff took a sabbatical and studied for and received his doctorate in early childhood education from the University of the Pacific in 1975. He eventually retired after 30-plus years in education.

Upon retiring from CSU, Sacramento, Cliff and Velma moved to a small town in northern California, where they lived close to his sister-in-law and brother-in-law, and nephew. Cliff loved living there, and they were able to spend 17 wonderful years there.

Eventually, they decided to move to Chico, which is close to their daughter. Cliff passed away 10 months after moving to Chico.

Cliff is survived by Velma, his wife of 70 years; his daughter Karen; his son Phil (Ileana); two grandsons, Scott and Mark; and his beloved sister- and brother-in-law Wanda and Al Kiep. He is also survived by a number of much-loved nieces and nephews and their families.

Cliff lived a long and full life. While we miss him dearly, we are very glad he is no longer suffering.