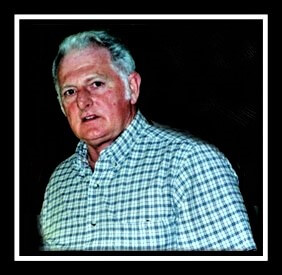 Bob was born in Swampers, Louisiana and he and his family moved to San Francisco around 1950. He learned to be industrious at a young age. Before school each morning he delivered newspapers in the financial district.  During his paper route he noticed the businessmen going in and out of the buildings and thought of a way to make some extra money. He asked one of the vendors he had become friends with if he could set up a small shoeshine spot nearby.  The guy said sure and let him store his supplies behind his counter. The businessmen were happy to have a shine on their shoes and Bob was happy to have tips in his pocket.

While helping a store owner stock milk at the neighborhood grocery store, Bob saw another golden opportunity. He asked his father to help him build a cart. Customers leaving the store with heavy grocery bags were happy to pay him for delivering their groceries to their front door.

In high school he joined ROTC (Reserve Officers’ Training Corps). After graduating from Mission High School in June 1961, he joined the Air Force and trained as a jet fuel mechanic. His last year of duty was spent in Japan. He was honorably discharged with the rank of Airman Third Class in 1966.

After the service he found work driving a newspaper truck, but he knew he needed to find a job with a future and better benefits. His brother-in-law, Richard, had joined the California Highway Patrol. Bob knew it would take months of rigorous training and studying but he threw himself into it and graduated from the CHP Academy in August 1967.   He was assigned to the San Francisco office. December 2, 1967 he and Sherry were married.  They eventually bought their first home in Pacifica and in 1972 their son, Shawn, was born.  In 1981 they decided to move to Paradise, California to be closer to Sherry’s parents. Bob transferred to the CHP Oroville office.

They found a house on 2 ½ acres – perfect for putting in a vegetable garden and fruit trees. Sherry liked the land, but the house needed a lot of work. Bob promised her he would make the home beautiful for her. It took about a year of a lot of hard work, but he made good on his promise and they lived there from 1982 until they lost their home in the Camp Fire of 2018.

Bob’s life revolved around his family, working on his property, gardening, practicing his guitar, fishing bass tournaments, and reading, especially Louis L’Amour westerns. He was known for making his delicious turkey, cornbread stuffing, pumpkin pies, barbecue pork ribs, biscuits and tomato gravy, lemon pie and pineapple upside down cake, all recipes handed down to him by his father.

He retired from the Oroville office in 1996 after 29 years with the CHP.

After the Camp fire of 2018 in Paradise, with thousands of people displaced, lodging was in great demand so when Shawn was able to get a two-bedroom apartment in Chico they all shared living quarters for nearly a year. It was a challenging time for all, but the silver lining was being able to watch their grandchildren grow.

In October 2019 they bought a home in Chico, but about eight months later Bob began experiencing breathing problems. He was diagnosed with COPD and was put on home oxygen 24/7.  He and Sherry self-quarantined because of the pandemic.  Not realizing it at the time, these would be his last remaining months – precious time spent together.