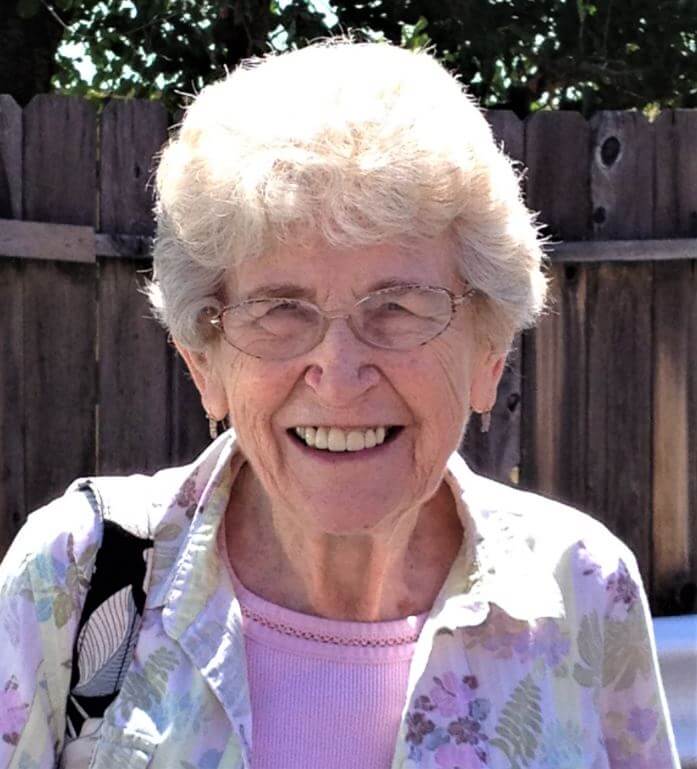 Betty Bernice Calvert, 92, passed away peacefully May 28th, 2021. Betty was born August 17, 1928 at home in Redding, CA. to Martin and Florence Robinson. She had an older brother Lawrence (Larry) Robinson and a younger sister, Virginia. Betty attended schools in Redding, graduating from Shasta Union High School in 1946. She attended the Methodist Church growing up and accepted Christ as her savior at age 11 or 12 officially joining the congregation. She was a member of the Theta Rho girls club. Betty went to work in the County School Superintendents office immediately following graduation turning her part time afterschool job into a full time position. After working 2 years and with the encouragement and help of her boss, she enrolled at Chico State to continue her education. She completed 2 years of college and enjoyed college life joining the Delta Sig sorority and participating in campus activities.

She accepted a position as Secretary to the Dean of Women at Chico State and worked at the college for a year before marrying Carl Calvert in 1951 and embracing life as a farmer’s wife. They lived on the farm in Glenn, Ca for the 26 years of their marriage except for a brief time spent in Tillicum, Washington while Carl served in the army. Together they had three children, Lester, Lori, and Carlene. Betty helped on the family farm, volunteered in her children’s classrooms and at Glenn Baptist church, and was active in the community. She was a member of the Princeton Young Homemakers and the Lambkin Chapter of the Children’s Home Society. When her marriage ended, she moved to Willows, Ca where she resided for the next 38 years. When her heath declined she moved to assisted living in Chico for the final years of her life.

Shortly after the move to Willows, Betty began working for the local newspaper first as an office manager, later adding writing and photography assignments to her duties. She became involved in the Willows community serving on the Lamb Derby committee, Willows Library Board of Directors, participating in the Chamber of Commerce, and Editing the Methodist Church Newsletter for a time. Betty was a lifelong learner, enrolling in and taking classes in various subjects throughout her adulthood. A geography and Tourism class led to her final and favorite job as a Travel Agent eventually owning The Travel Ticket in Willows until her retirement in 1995.  And after retirement, a Butte College writing class for senior citizens led to many friendships and resulted in her writing her memoirs.