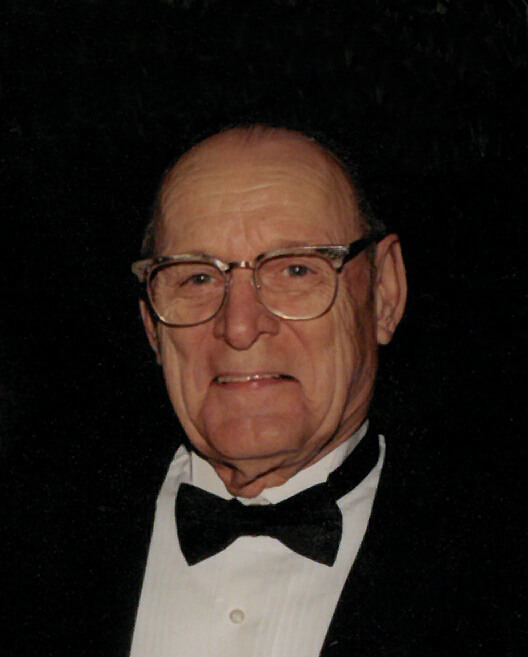 He was born on a farm near Dixon, Mo January 20, 1922 to Thomas Henry and Mary Anne Mollie Wells, the seventh of ten children.

He is survived by Dolores, his wife 74 years; one son Jeffery; five granddaughters; two grandsons; and three great-granddaughters. He was preceded in death by his parents; three sons; five brothers; and four sisters.

A graduate of Missouri’s Waynesville High School, he enlisted in the US Marine Corps on July 5, 1940 and served until November 2, 1945. During his time in the Corp, He served in the 6th Marine Regiment, Marine Detachment USS Pennsylvania, wounded during the Japanese attack on Pearl Harbor, and moved to the battleship New Mexico with an admiral’s flag Marine detail.

In September 1942, platoon Sergeant Reeves, in the 6th Regiment, urged him to try attending the US Naval Academy. Enlisted Marines were required to attend Sea School and then serve 9-months on a Capital Ship of the navy, i.e., battleships, carriers and heavy cruisers. The attack on the harbor made him feel like pay back so he didn’t attend the academy.

Off seagoing in March 1943, his next stop was Marine Barracks, Pearl Harbor Navy Yard, followed by Palmyra Island. He returned to the US in late July 1943 and returned overseas in December, and participation in the invasions of Saipan, Tinian and Okinawa.

Upon discharge November 2, 1945, he married Dolores Alden on the 11th. They had met in a San Diego aircraft plant in the fall of 1943.

Rex Rollins, a Chico native and navy corpsman attached to his unit during the island invasions bragged that Chico was a great place to live so, sight unseen, Art & Dolores moved to Chico.

Art became a retailer in 1949, formed a partnership with Garth Perry in 1950, in a small store at 839 Main St., Chico. Sales ballooned and resulted in two quick moves to larger facilities. A branch store in Oroville was opened, as The Outdoorsman, in 1957. Shortly thereafter, the Chico store name was changed so TV advertising would benefit both locations. A friendly dissolution of the partnership in 1962 resulted in Arthur and Dolores Wells retaining the Chico store, and sole use of its name, and Perry the Oroville location with operation under a different name.

He spent many years with Chico Eastside Little League, first as Vice-President and later managing the Hawks team. His store was a strong supporter of Chico and youth programs in the other cities near it.

During his business years, he served a year as President of the Chico Merchants Association, He was a member of the Chico Chamber of Commerce Board of Directors for a time, plus many committees pertaining to such as downtown parking. He also served with the Butte College Business Advisory Committee until retirement from retailing. Later, he became interested in computers and did voluntary work with the Neighborhood Church office staff and its Chico Christian School. He also later volunteered doing the same type of work with Butte Bible Fellowship’s needs. He also volunteered for many years at Pat Furr’s Computers for Classrooms, working only in the hard drive room.

Incorporated in 1971, Arthur and Dolores sold their interest in the The Outdoorsman in late 1978 and retired. Retirement gave him time to author The Quack Corps — A Marine’s War Pearl Harbor to Okinawa. The book was used for background information in the use of DUKWs (pronounced duck) by London’s Flashback TV Stations Director. for the History Channel DUCK Landing Documentary. Wells also appeared in the film.

In lieu of flowers, please send donations to the local VFW. The family would also like to send a big thank you to the angels at Twin Oaks/Arbor Post-Acute

A memorial service will be held at a later date.